The approximate size of the Big Eye is highlighted in this picture. 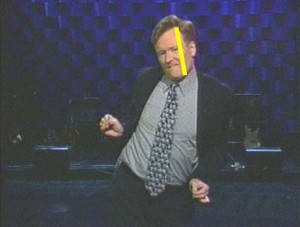 than the right side of his head, 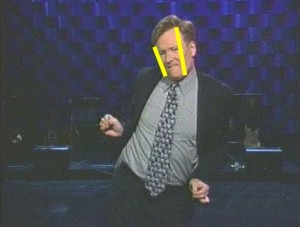 which gives his head an overall trapezoidal shape. 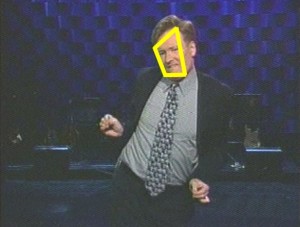 The same stretching that pulls the left side of the head taller,

That picture should cause a slight amount of confusion. What is pulling the left side of the head up and down?

is because the right side of the face contracts shorter. 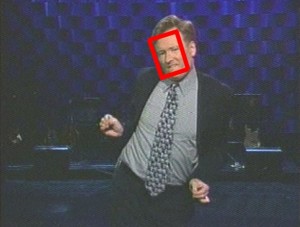 The only way the right side of the face can shrink vertically,

is if it pulls the left side of the face taller vertically, 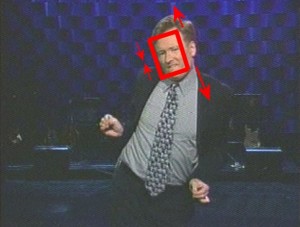 which gives the face the trapezoidal look associated with Big Eye Syndrome.

The answer to the question “What body changes is responsible for causing Big Eye Syndrome?” has still not been completely answered. The previous examples pictures showed all of the changes to the head taking place in a linear fashion. That was done to clearly demonstrate what was being said. When any part of a human body changes in any what, the changes never occur in a linear fashion.

The human body is constructed from spirals. The implication is that all changes in the human body take place along curved paths, since a spiral is one long continuous curve. If those statements are true, then the body change causing Big Eye Syndrome must be taking place along a curved path. Which is why this particular example picture is so useful, because the man in the picture has distorted his entire body along the curve shown in the next picture. 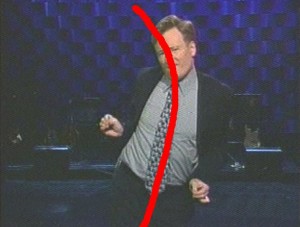 The curve is shortened to cover only the head in the next picture. 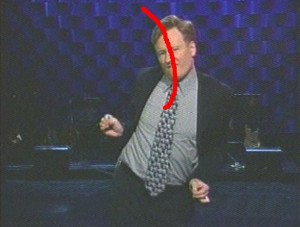 Now it is easy to see how it is the curving of the body and head to the right, 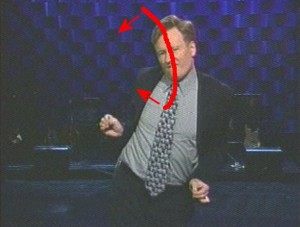 while curving the left side of the head by pulling the top and bottom apart,

and to the right side of the body. 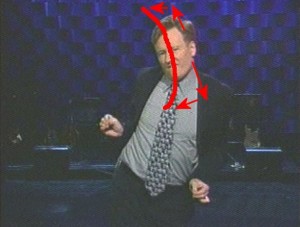 All of the previous discussion can be condensed into the following statement. “Big Eye Syndrome can be described as being caused by pressure along a convex curve being applied to the inside of the head containing the affected eye, 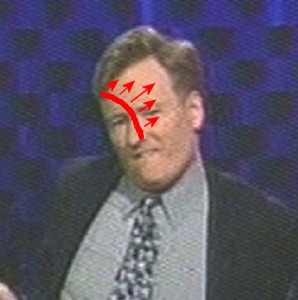 or pressure along a concave curve being applied to the outside of the head containing the affected eye”.