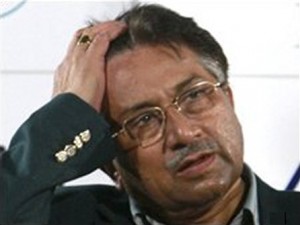 The next picture shows another example of an arm that has floated up to the level of the head.

The next picture shows a woman who has publicly declared she is homosexual. For that reason the arm of this woman would obviously be an example of a homosexuality associated floating arm.

The detail oriented reader will also want to keep in mind the maxim that “nothing ever happens without a reason”. Why is the woman’s hand up by her head anyways? Even if she does have a floating arm that wants to go up by her head, the photographer should have told her to keep the arm somewhere normal like in front of her with her right arm.

Why would the photographer allow or instruct the woman to move her left arm up by her head for the photograph? That is an unnatural, uncomfortable, and odd looking place for the hand to be. The answer to that question is trivial for the reader who is familiar with other areas of Happeh Theory including The Pyramid View of the Human Body and it’s associated material, the material about what is commonly called “the energy” of the human body, and the claim by Happeh Theory that the human body is designed to be visually Bilaterally Symmetric, which means the right and left halves of the human body are supposed to look identical.

According to Happeh Theory, the main reason the photographer had the woman place her arm by her head is for reasons of symmetry. The woman’s hair is cut so that the right side if it falls down over her face, 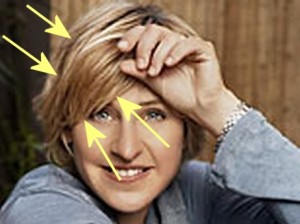 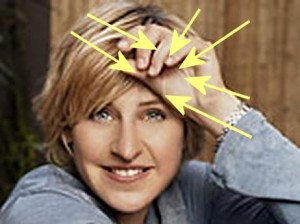 The next picture highlights the boundary of the woman’s hair as it cuts across her forehead from the upper left to the lower right. The part of the woman’s bare forehead hidden behind her hand is not highlighted. 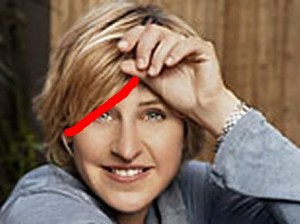 By instructing the woman to hold her hand up by her forehead in the exact location and orientation the woman is holding it in, a duplicate but opposite boundary is formed on the woman’s forehead. 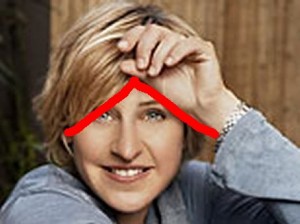 The reason the photographer had the woman hold her hand by her head was to make the woman’s face look symmetric. The woman’s hair is cut asymmetrically which covers part of the forehead and leaves part of the forehead uncovered. By covering over the glaring bare forehead with the hand, and instructing the woman to hold the hand at such an angle as to approximately match the angle of her hair, the photographer has given the unbalanced lopsided homosexual woman’s face, a more normal, proper, symmetric look.

The detail oriented reader has probably already noticed that connecting the bottom of the hand boundary and the hair boundary produces a pyramid that approximately follows that natural boundaries of the pyramid within the human body, that is described by the theoretical model of the human body called The Pyramid View of the Human Body. 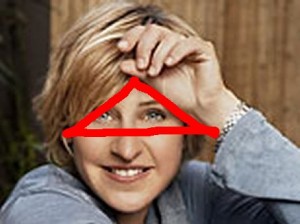 And briefly, the photographer also had the woman place her left hand by her forehead for reasons having to do with the energy of the human body. A common way to discuss the scientific terminology of symmetry and asymmetry as they apply to the human body is to use the term “energy”.

Regular people will describe other human beings who are asymmetric in terms of energy. These people will say “they can see the energy of another human being is going this way or that way”. This method of describing changes to the human body is actually superior to the scientific terminology of symmetry and asymmetry, because using the term “energy” implies an action or actions behind the symmetry or asymmetry of a human body.

When scientists discuss a human body in the scientific terms of symmetry and asymmetry, all they are doing is cataloging the end result of the physical changes to a particular human body that were caused by the “energy” or the forces within that human body. 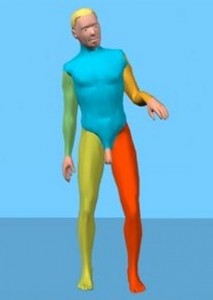 The crippled arm of the masturbator will exhibit a tendency to rise up to the level of the forehead and form an L shape with the thumb and forefinger. The insult is called “The Sign of the Loser” because of the association of the L shape formed by the hand with the first letter of the word “loser”. An example of The Sign of the Loser is shown in the follwoing picture.

The man in the picture is at a sporting event. He is holding his right arm in an L shape by his forehead to make “The Sign of the Loser” at the other team to tell them “You are a bunch of Losers!”

Here is another example of a person making the Sign of the Loser insult gesture. 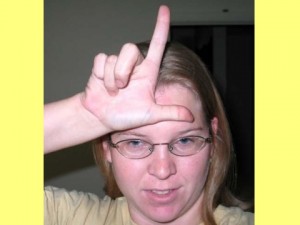 The next picture shows a person making The Sign of the Small Penis. 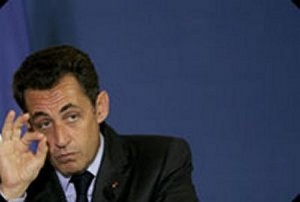 The next picture shows a man making The Sign of the Small Penis with his index finger and thumb spread apart instead of right next to each other. 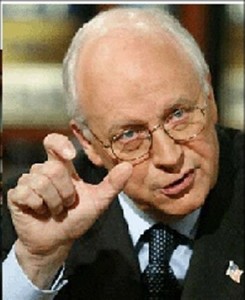 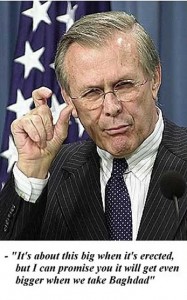 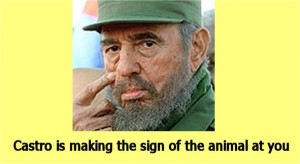 The next picture shows a woman making The Sign of the Animal. 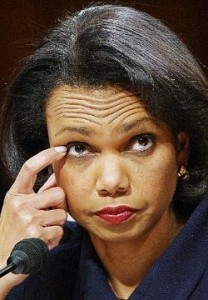 It is intriguing that a hand gesture formed by the hand pulling the eye down is associated with animal like behavior in a human being, while a hand gesture formed by creating an L shape with the thumb and index finger held up by the forehead means a person is a “loser” or mentally deficient. It would be reasonable to tentatively conclude that the vertical level of the hand and the shape of the hand are associated with different mental states.

According to Happeh Theory, it is in fact true that the vertical level of the hand and the shape of the hand are associated with different mental states. The L shape created by a hand making The Sign of the Loser is associated with large scale shrinkage of the same side of the head as the hand making The Sign of the Loser. Enough shrinkage that a change to the intellectual abilities of the affected individual seem like an obvious consequence.

Holding the arm at the vertical level of the eye would be indicative of a lesser amount of shrinkage of the same side of the head as the hand making the insult gesture. It would also be associated with the focusing of the mentality of the individual on the animal part of their brain, which is a metaphysical kind of way of saying holding the arm at eye level can focus the physical forces in that area of the body on the animal part of the brain, which results in the individual exhibiting more animal like behavior.

then lowering the hand to eye level and rotating the hand 180 degrees so that the back of the hand faces outward, and using the top of the L shape to pull down on the lower part of the eye. 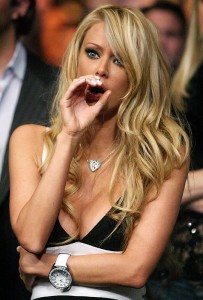 These individuals want to perform oral sex on a penis and their hope is that when a man sees them making The Sign of the Blow Job, the man will recognize the hand configuration as one used by a human being sucking on a penis, and the man will act on their implied offer.